Egy Hubble fényképpel nem ér fel, de a neten lévő amatőr fényképekhez képest egész jó.
----
First astrophoto in my life. The picture is from the Antennae Galaxies (NGC 4038/4039) and made with a 12.5" Cassegrain telescope in the Side Springs Observatory, Australia. I rented the T9 telescope from the iTelescope service. I used 180 seconds exposures, 4 without filters (luminescense pictures), 1/1/1 with red, green and blue filters, 24 minutes exposure time in overall.

I got calibrated raw images (fits) from iTelescope and I edited them with Gimp 2.9 under Ubuntu Linux. I used the following filters: Colors/Exposure, Colors/Brightness-Contrast, Filters/Enhance/Despeckle. I played with these filters a bit and I was pretty surprised how good composite image can be done with such simple methods. I will also check other astrography softwares, maybe they can create better final image.

It is far from a Hubble picture, but it is quite okay compared to other amateur pictures on the internet. 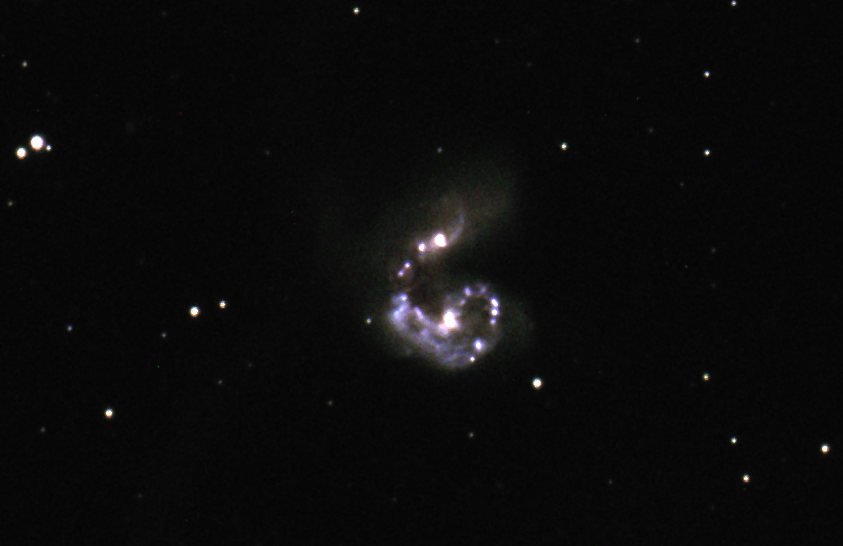 The topic is not so easy. I wanted to build a system for "cheap", running machine learning computing quickly while it is still small. The main motivation was that I tried to use cloud servers, but they are expensive and their CPU was not so strong (8 cores, Opteron 6128, rated 6128 at www.cpubenchmark.net). I realized that I could quickly spend some hundreds of euro thus why don't I build an own machine from that price to get raw CPU power? (I don't need too much RAM or GPU right now.)

1. Looking at the CPU benchmarks and prices, I ended up to AMD processors. They are cheap although running hotter compared to Intel. I bought a used AMD FX 8350 from ebay for ~140 euro with shipping. (This is 200 euro in the retail shops in my city.) This processor is really powerful, rated 9050 at www.cpubenchmark.net, x1.5 faster than the cloud server what I used for a month. The CPU was the biggest part of the computer costs.

3. The PC should be silent, but on the other side, AMD FX CPU runs hot, so I need the coolest silent cooler for the microATX case. First hit in Google: http://www.frostytech.com/top5_lowprofile_heatsinks.cfm . Looking into the category, I chosen the best: Scythe Shuriken SCSK-1000 (32e).

4. Graphics card: nothing. I use the on-board GPU so far because I don't use GPU for anything yet.

7. No monitor or peripherals because once the system will be set up and running, I put on shelf and manage remotely with ssh and vnc.

There is no perfect system and it was also right for my case. I installed Ubuntu and everything was fine except the hot AMD FX with inadequate cooling and suspend sometimes did not resume back. The hot CPU was a huge issue by default because the frequency was throttled down to half all the time when the CPU hit 60-65 degrees. The same task completed after 5h 40m when I assembled the machine and it was 4h after I fixed the heating issues:

- Since the shelf of the machine is a closed space, I removed the side of the microATX case permanently.
- I looked at many CPU thermal paste reviews and I found out that Arctic Cooling MX-2 is a cheap while giving one of the best performance, it even beats its successor MX-4. I bought 8g from ebay (6e). I have not expected too much, but the difference is very noticeable compared to the factory thermal paste shipped with Scythe Shuriken SCSK-1000.
- The third step was to undervolt the CPU without loosing performance. I was not so successful like others on the internet (~1.1V), but I was able to go down to 1.275V with tweaking the FSB and multiplier. I share my BIOS settings at the end of this post.

The undervolting (and switching off all unneeded hw in BIOS) has the advantage to lower the power consumption as much as possible. The whole effect was about 30W decrease in my case. Eventually, the system eats 60W in idle, 97W loading one CPU core and 202W on full CPU load. 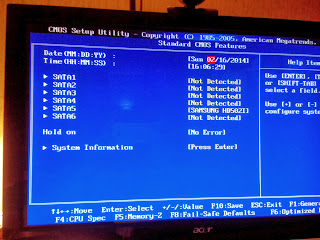 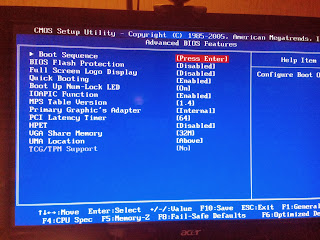 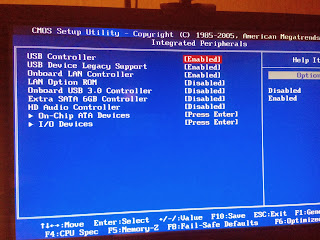 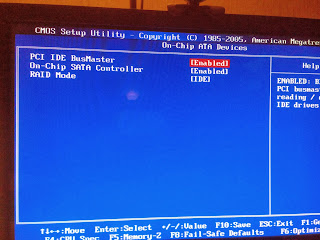 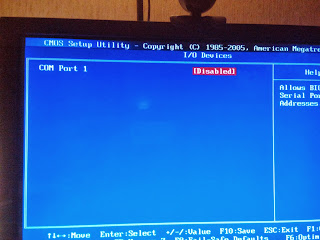 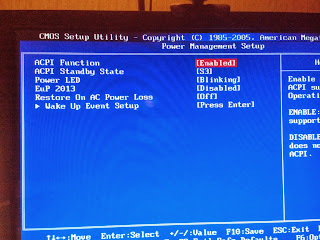 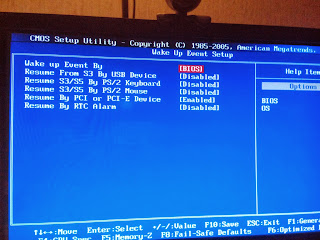 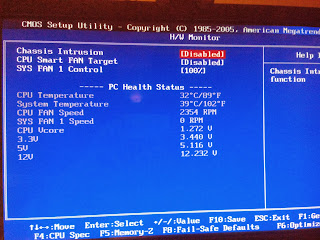 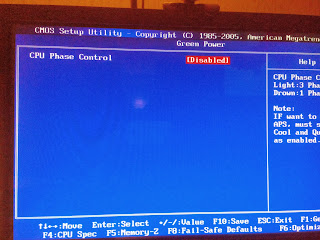 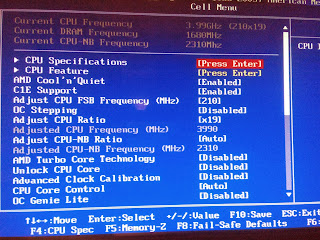 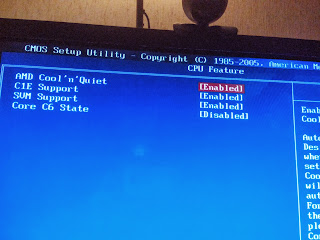 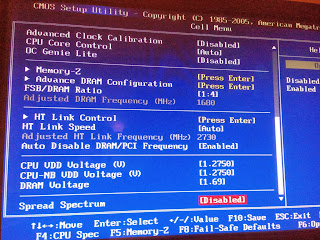 1. I put an additional 4 GB Kingston HyperX memory module into the PC
2. I experienced instability of the system after a half year. The CPU has been pulled down a bit and the voltage increased. The system become stable and I could put the side back to the microATX case. 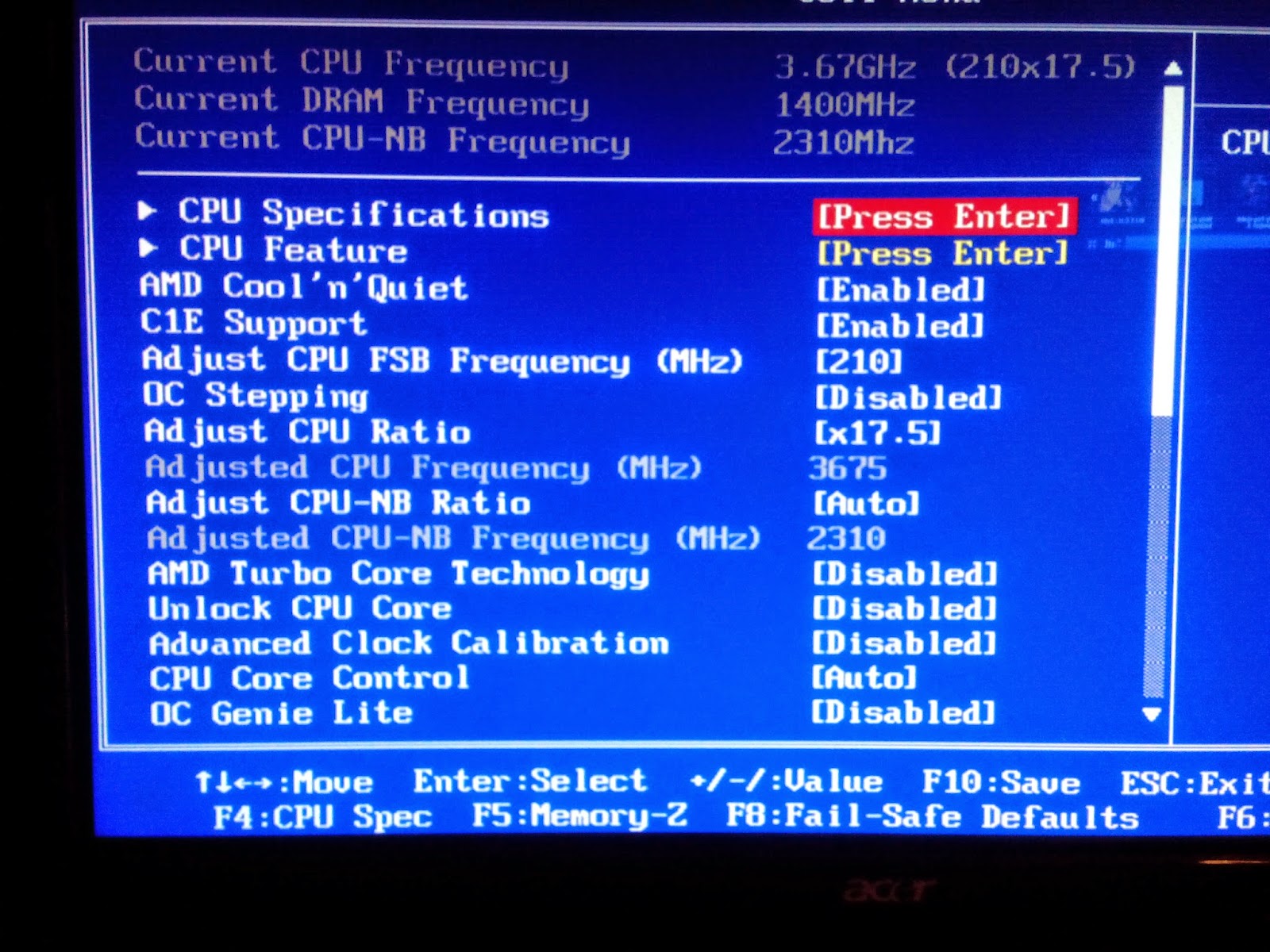 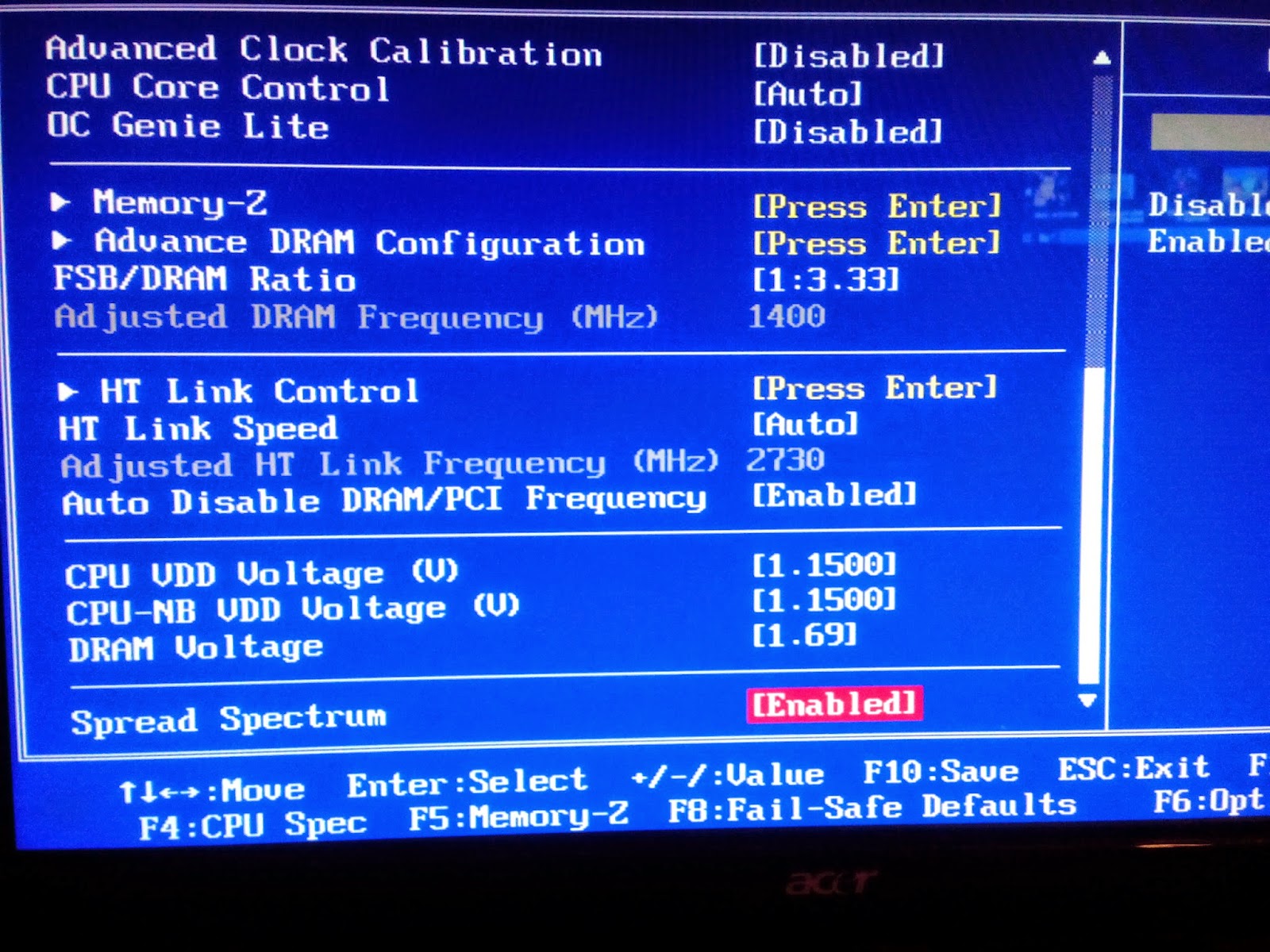 I love this PC, it is our family computer at home. It is pretty enough for browsing the internet, document editing and playing some (sniper) games (eg. OF Red River :) ). It is almost completely silent and consumes not so much power. I wanted to add an SSD to the system to speed up at least the boot times. Finally, I achieved 1 minutes less boot time after moving virtual memory, virus scanner etc. programs to the SSD, but it was a pain to get the drive working in the system.

The old motherboard has nVidia nForce 430 chipset and after googling, it is pretty buggy. Many SSDs are not recognized at all in the system (like in my case) and it has regular problems with (at least) Samsung hard drives (they need to be forced to SATA I with a Samsung software tool). I bought a cheap ASM1061 chipset based SATA PCIe add-on card from ebay, but that one also did not work; Windows XP went frozen when the card was recognized and its driver installed.

How to fix the situation: The SATA PCIe card does not freeze the computer if the third and forth on-board SATA ports were disabled in the BIOS (bang my head to the wall...). SSD works perfectly with the add-on card without any issues after this change.